Between tradition and modernity, know-how only makes sense in continuity 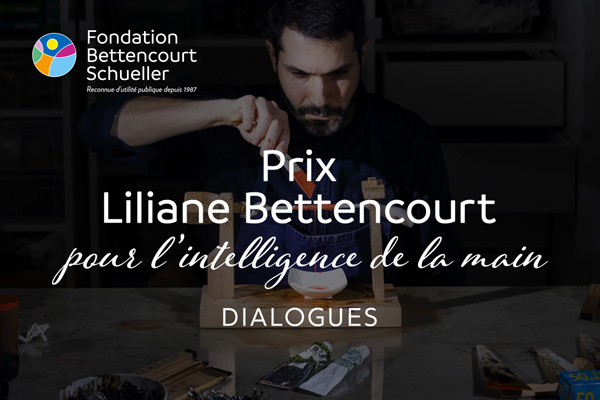 A passion, a profession

After obtaining his diploma in cabinet making from the Ecole Boulle in 2001, he devoted himself to traditional and contemporary finishing techniques.
During a conference, he discovers Japanese lacquer and begins to be fascinated by this exceptional technique known in Japan under the name of “urushi”. Nicolas Pinon decided to go to Barcelona in 2003, to the EPSAR (Escuela Profesional Superior de Arte y Restauración), to learn the techniques of this material. Upon his return to Paris, he joined the Brugier workshop, where for three years he perfected his restoration skills and made decorations for sites all over the world.
To perfect his knowledge, he decided to go to Japan where, during his first trip in 2006, he met the great master lacquerer Nagatoshi Onishi, a former professor at the University of Fine Arts in Tokyo.
During his numerous stays with this master as an apprentice, he learned the ancestral technique of kanshitsu, which has been using canvas, clay and lacquer for more than a thousand years to make the structure of statues for temples.
In 2008 he became a freelance lacquerer and decorator and has collaborated on numerous projects, notably with Jacques Garcia and Joseph Karam.
Since 2013, he devotes himself exclusively to Japanese lacquer and shares his activity between restoration and creation of jewelry or furniture.
Today, while working on lacquer according to traditional techniques, he carries out research, using new technologies. He is currently working on flexible supports in 3D printing and laser engraving of lacquer.

A fair return to the nature of things 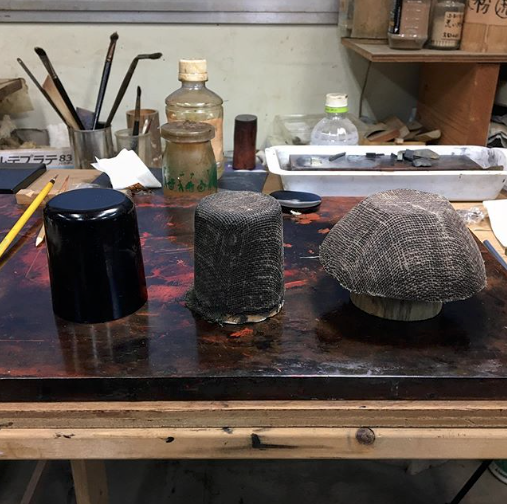 Urushi is a resin from the sap of a tree of the Sumac family known by the Latin name of rhus verniciflua. It is harvested by making cuts in the trunk during the 4 months of summer.
The lacquer is obtained without chemical transformation. The raw lacquer or ki-urushi is obtained only by filtering the sap. It is cream colored and turns brown when oxidized in the open air.
The specificity of urushi is that it dries only by being placed in warm and humid conditions. Once dry, it is suitable for food contact and is resistant to most acids.

It can be lacquered on all types of surfaces: wood, paper, leather, metal, glass, ceramics…

This material is very valuable because we have to wait at least 10 years before we can harvest the sap and we only get 100 to 200ml per year from a tree.

The Japanese have developed exceptional techniques such as maki-e which uses metallic powders to create decorations. They also used other materials such as eggshell.